Sharing Motherhood in the North

It’s getting colder. The nights are getting longer. And the only thing left this year is to live out the traditions of the holidays. One of our favourites is to curl up under the blankies with a cup of hot chocolate nearby and a classic Christmas tale the whole family can love. I wouldn’t be opposed to having a fire in the background (real or artificial) and holiday tunes set on low either. Get ready for some nostalgia because here are 8 family-friendly classic Christmas reads to inspire some Christmas cheer.

Perfect for the little littles, the Little Golden Books are a classic all on their own. Make it a Christmas Golden Book and you have yourself a true winner for classic holiday reads. It’s really no wonder this story has been told in homes around the world for over 50 years.

This tale tells a story of how all of the other reindeer make fun of Rudolph and won’t let him play in their reindeer games because he’s different. But when Christmas is almost cancelled because of a huge snowstorm, Rudolph comes to the rescue with his shiny red nose.

This is The Nutcracker as you have never seen it before. Based on the ballet, the illustrations make us feel as if we are right there – joining Marie, Fritz, and the Nutcracker himself on their magical Christmas Eve adventure. There’s the Mouse King. The Sugar Plum fairies. The entire Land of Sweets. This is a story you do not want to miss.

From the story, to the incredible illustrations, is why you must add this one to your collection. I would buy this book even if there were no words. It’s that good.

The Nightmare Before Christmas 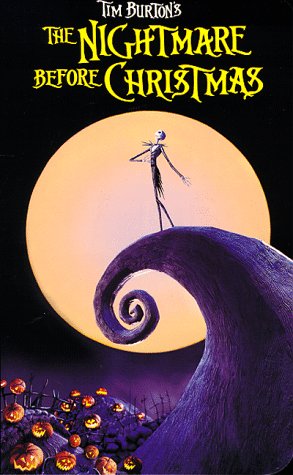 Why hello there Jack Skellington. I just love Tim Burton and his imagination, his creativity, and all of the his weird little worlds that he creates for his misunderstood and often mistreated characters.

In The Nightmare before Christmas Jack is bored of “the scaring, the terror, the fright….tired of being something that goes bump in the night.” And so, in an effort to bring to joy to his town, Jack kidnaps Santa and takes his place as the jolly old elf. But instead of bringing joy to the world, Jack, who is a little more than a grinning skeleton, brings fear by delivering creepy toys and riding a sleigh carried by skeletal reindeer. Only through a number of things going horribly wrong does Jack learn the true meaning of Christmas.

How the Grinch Stole Christmas

“Every Who down in Who-ville liked Christmas a lot . . . but the Grinch, who lived just north of Who-ville, did NOT!

All I can say is no holiday season is complete without the Grinch, Max, Cindy-Lou, and all the residents of Who-ville. This story speaks of the effects of the Christmas spirit on even the smallest and coldest of hearts – and it’s sure to warm you even more than the hot chocolate you are sipping while you read it.

I won’t lie. The movie adaptation also get’s a few too many viewings over the holiday season too. But who’s counting.

The Night Before Christmas

by Clement Clarke Moore and Illustrated by Charles Santore

There may be many different versions, but they are all the same poem we came to know and love. In fact, did you know that The Night Before Christmas is one of the most memorable poems in the English language? If anyone says the first line, almost anyone could follow tune with the second, third, and so on. And now I have got it stuck in you’re head, haven’t I? This book should be part of every Christmas Eve, bringing the wonder of Christmas to life.

Who wouldn’t want to celebrate Christmas with Charlie Brown and the rest of the Peanuts gang? There’s Christmas carols! Sparkly lights! Ice-skating!

Or maybe just like Charlie Brown, you aren’t feelin’ the Christmas jam. How about you let the Peanuts gang help you to discover the true meaning of Christmas in beautifully illustrated holiday classic.

Detailed illustrations and a relaxing story. That is The Polar Express. This has become a necessary part to every Christmas at our house. A young boy, lying awake one Christmas Eve, is welcomed aboard a magical trip to the North Pole. Travelling through dark forests, tall mountains, and across a desert of ice, the Polar Express makes its way to the city atop the world, where a boy will make his Christmas wish.

The Snowman is a wonderful wordless book for children. One could argue that it isn’t even a Christmas tale at all but it’s gentle and that’s what I love about it. The story starts with a young boy who sees the snow outside and rushes outside to build a snowman. As the boy sleeps, the snowman comes alive and is welcomed into the boy’s home to discover what it’s like inside. In return, the snowman will show him his home as well.

If you haven’t had a chance to see the wonderful illustrations of Raymond Briggs, the holiday season is the perfect time to take a peak.

There are so many more. I am positive you probably have some family-fav’s that aren’t listed here so go ahead and inspire us in the comments below.

Let Them Be Barefoot